"Titans" is a song included on the album Archangel. This song is somewhat thrashy and features a little bit of everything, including choral interlude, choir, refrain, and dark keyboard hum that ends the track. This song remarks about the War of the Titans (Titanomachy, which was the original title of this song) against the Olympians in Greek mythology. The list of Titans, such as Prometheus and Zeus, is repeated twice on two separate occasions. The song, especially its title, was influenced by Septicflesh album Titan, which was released a year prior to this song's.

"Titans" was released as a single along with lyric video on January 14, 2016, exactly five months after the parent album was released. In the process, Archangel became the first Soulfly album to release four singles since the debut album Soulfly.

Fly, fly... Serpent and the lion
Winged son of Appolion
Rise, rise... Titans of the light
Immaculate divine
With wings like this I fly on the abyss
Return to the eve
Golden throne of Elohim
Slay the prophet's arteries

I, I the Messenger
I erupt the firmament
I, I ascend to Heavens
Sitting on the throne of hate
With claws like this in this symmetry
I cut my eyes and tore my wings
Impaled the Sun - Amen... 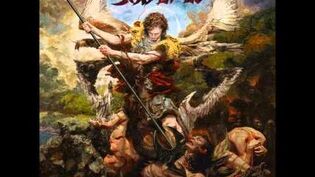 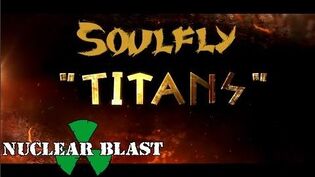 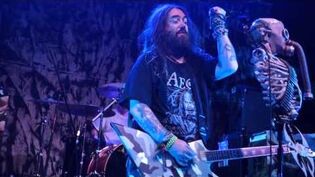 More videos of this song